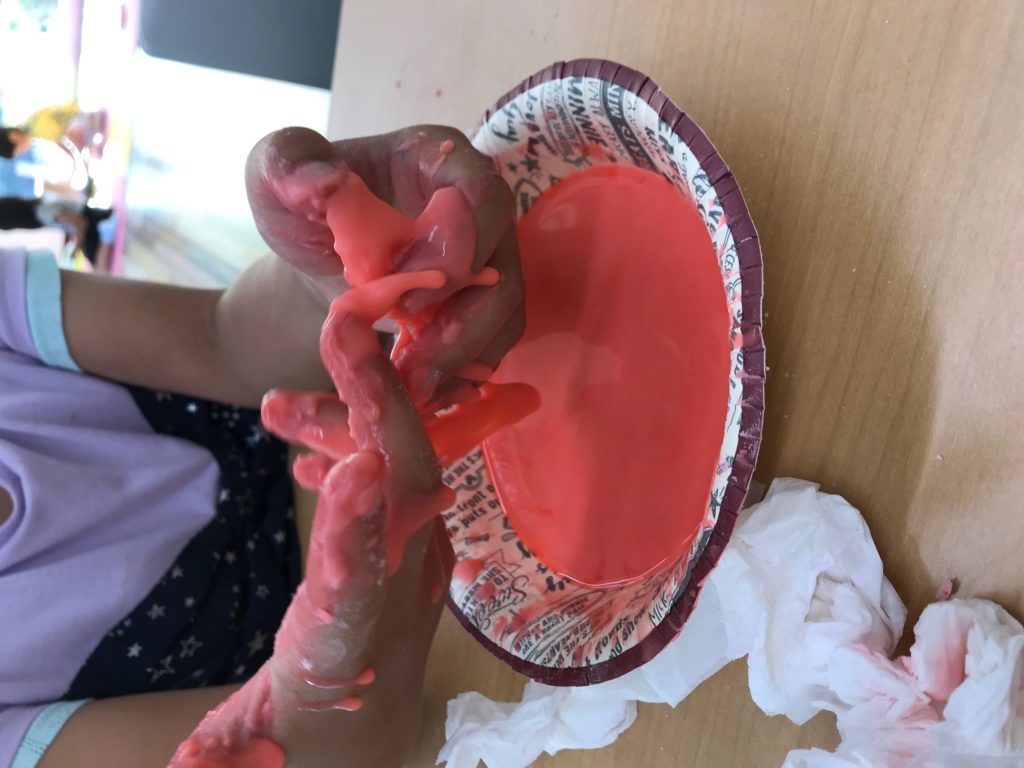 We created slime! Our theme for the day was to do a science experiment. The students really enjoyed making a mess while creating the slime. We talked about the words solid, liquid, mixture, and a few other science terms. They were able to see that when they would hit the slime hard that it was solid but when they would try to pick up the slime with their hands it would go back to a liquid. We also learned the names of basic body parts, to help the students memorize the vocabulary, we played the territory game. They really like playing this game because they have so much fun running around and be a little loud. To play I put the cards in a U formation, the students have swatters, as they pass each card they have to say the English word to keep going, when they meet up, they play rock scissors paper. The after school students are getting better and better with speaking conversation English. I am very proud of the progress they made.