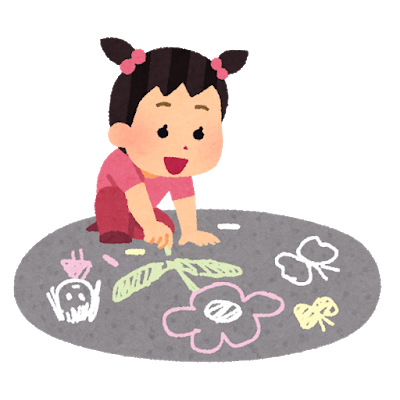 For our main topic we focused on art. The weather was finally nice enough for us to go outside so we did chalk art for our activity. Using chalk was an exciting way for the students to use English. First, the students drew pictures of animals that we would say in English. They were laughing a lot because they only had a few seconds so some of the pictures didn’t have the best quality. Next we played ABC Race, where the students had to pair up and write the alphabet. Once the students were teamed up they had to go one at a time to write one letter of the alphabet in order. They really like this game because the students were able to give each other hints. We also gave them a few simple words that they had to race to write. The last game was free drawing but they had to draw their pictures very big. Our students then talked about their pictures.