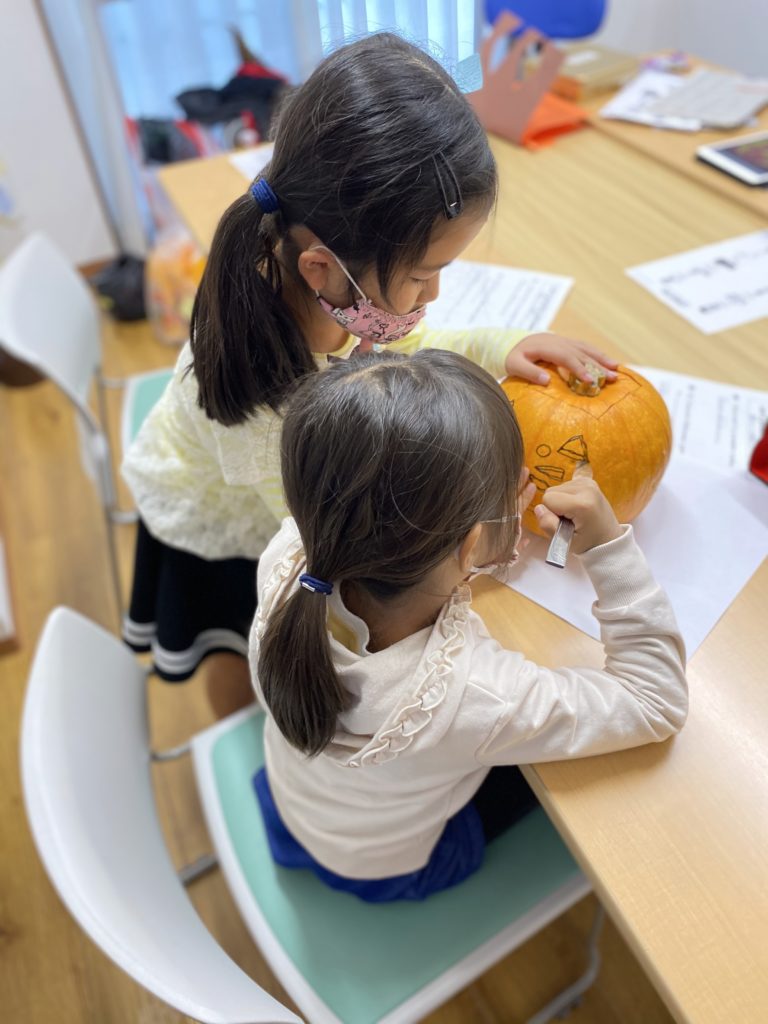 Today we were able to do some Halloween games and carve two pumpkins. One pumpkin had ghost carved into it and the other had a cat carved into it. The students played a ghost shoot out game and had to knock down a large tower of ghosts. Mummy toss was the other game that the students played. At the end of the lesson they said that the ghost shoot out was their favorite Halloween game. I hope that next year the students can have just as much fun!