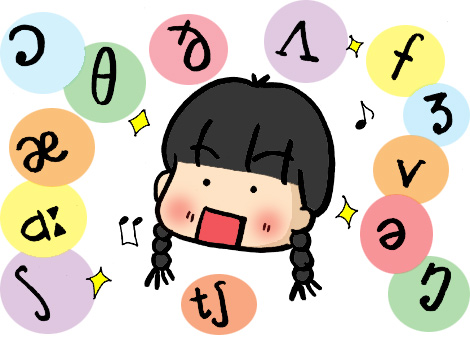 Have you ever looked up a word you are unfamiliar with on Google or an electronic dictionary and noticed a group of symbols that look like an unknown language next to it? Take for example this dictionary definition for the word "cellar":

NOUN
A room below ground level in a house, often used for storing wine or coal.
‘the servants led us down into a cellar’
‘a wine cellar’

These symbols, /ˈsɛlə/, are a part of the International Phonetic Alphabet and are used to represent the pronunciation of the word.

The International Phonetic Alphabet (IPA) was created so that one symbol has one sound and every sound can be represented by just one symbol. This means that, unlike English, one letter will always make the same sound. In English, some letters make different sounds and the same sounds can be made with different letters. Take for example, the letter "c". This can be pronounced as /s/ as in receive or cellar and also as /k/ like in cat or cotton.
The sound /k/ can be represented by different letters too. For example "k" in keen and speaker, "c" in cut and act, "cc" in occasion and occupy, "ch" in chemist and stomach and finally "ck" in pack and black.

IPA isn't only for English either. In fact, it can be used to represent any spoken language and is occasionally revised to add, remove or modify letters or diacritics.

Below is the current IPA chart. With just the pulmonic consonants, vowels and suprasegmentals you should be able to read nearly anything that comes up on your electronic dictionary.

If you want to use and study the IPA chart a useful website is http://www.ipachart.com/ where you can click on a symbol and hear the pronunciation. This can be a great tool for learning English and working on your pronunciation!