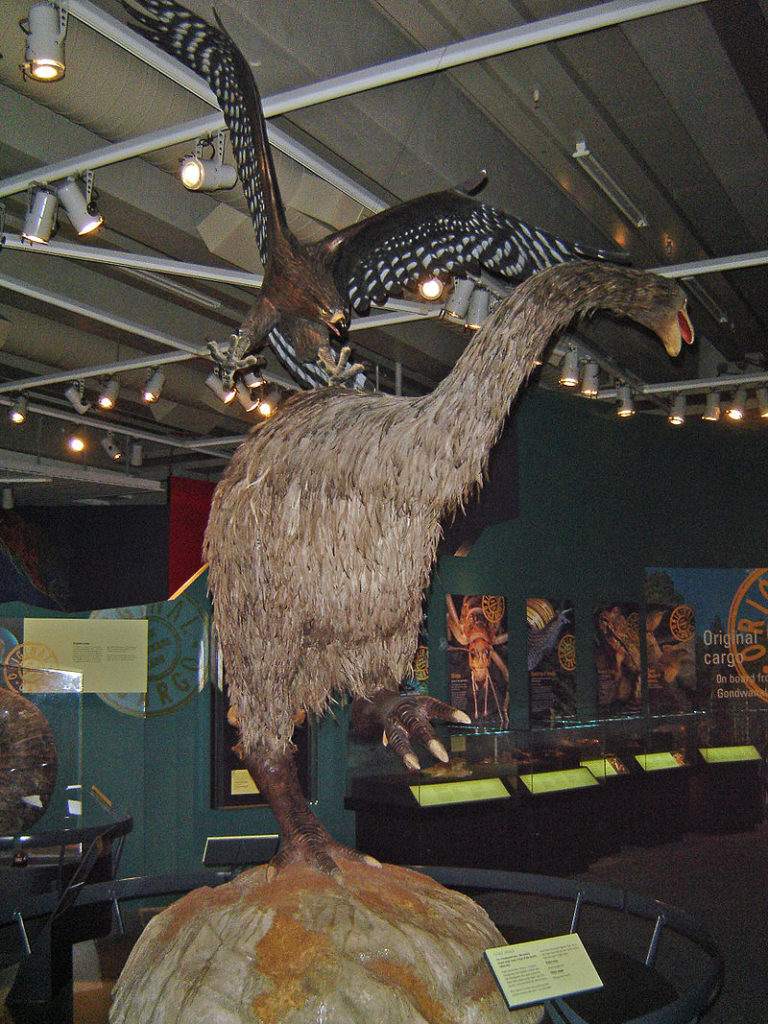 Moa are endemic New Zealand birds of nine species. Their large size and the relative easiness of hunting them led to their extinction in the 1440s. They looked like an ostrich and like an ostrich were unable to fly. Unlike the ostrich and other flightless birds such as the kiwi, however, moa didn't have any wings. The larger species of moa reached 3.2 meters tall and weighed up to 230 kilograms! How terrifying! The moa was a herbivore and ate plants, twigs and leaves. It's only predator before humans arrived in New Zealand was the Haast's eagle (which also became extinct when the moas died out as it lost it's main source of food). Haast's eagles were the largest eagles known to ever have existed sometimes weighing over 16 kilograms. They had to be so large to be able to take down a giant moa!
Attached is an image showing the difference in size between a human and other flightless birds including several moa species.